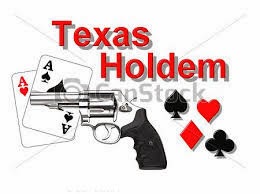 The first meeting for the year 2014 led to the department heads as follows; Duane Bedford-Parks and Recreation, Jay Pierschbacher -Streets, Susan Beecher-Community Building, Crystal Moore-Water/Waste water and Dana Blue-Police. The appointment of Duane as Mayor pro tem was approved.

Resolution Directing the Acceptance of a Proposal to Purchase $60,000 General Obligation Capital Loan was approved, after receiving no written or oral objections.

Also, the council approved levying a tax to pay the notes.

A Resolution passed to hold a Special Election on May 6, 2014 to change our Local Option money disbursement to 60% road use and 40% General Fund for General Municipal purpose.


The council department heads are:  Duane-Parks and Rec.; Jay-Streets; Susan-Community Bldg; Crystal-Water/Waste-water and Dana-Police.  The council approved the appointment of Duane Bedford as Mayor Pro Tem.

The motion to approve the second reading of the Electric Franchise Fee (to replace loss of funding) was approved. Motion was approved to waive the 3rd reading.

Harley Haven liquor license was approved. Vickie Jordan spoke about having a poker run in May to benefit one of the non-profit organizations in our community.  More about this in the future.

Chris Knust has retired from the FD. We greatly appreciate His dedication to the Russell Volunteer Fire Department these past many years.

There have been several water leaks with the severe cold. Larry will get more parts to have on hand in case future needs.

The South Prairie project (replacing the tube) was rejected by FEMA. The City is appealing that decision. FEMA did approve replacing the culvert on South Main.

There was some discussion about legal counsel.

The Senior Citizens wish to thank the Community Club for the excellent turkey and all the trimmings meal, which they enjoyed, along with the fellowship on December 14th.  Marilyn Reynolds on the accordion and Jeanette Shreck on the auto-harp added to the festivities.  It all helped to brighten the holiday season and a good time to check up on fellow citizens rarely seen in the winter time.
Posted by RIHS at 6:29 PM No comments: