Congratulations to the Russell Fire Department for finishing fourth place (among 20-30 entries) at the State Convention in Waverly and bringing home five trophies.  We thank the Fire Department for their diligence in practicing drills and preserving the safety and lives of our citizens.  Your time commitment  of you and your family is very much appreciated.


Wednesday, October 3, 6:30 p.m. Faith United Methodist Church, Bonnie Knust will be the hostess and  have the lesson.


Monday, October 8, Columbus Day, some schools do not have school


Saturday, October 20, 10 a.m. to noon, Halloween Trunk or Treat in the street by the fire station.

Posted by RIHS at 1:26 PM No comments: Links to this post

Breakfast at the Russell Historical Museum

Posted by RIHS at 12:42 PM No comments: Links to this post

Present:  Duane Bedford (Mayor), Council members:  Chris Feehan, Terry Newcomb and Casey DeHoedt.  City Maintenance Jim Larrington, City Clerk Cindy Smith and residents Chris Knust, Dustin Dyke, Dean Whaley and Scott Bear.
Meeting called to order at 7:00 pm. By Duane Bedford, Mayor.
Public hearing was held to notify the community that the property located at 410 S Highland that is currently owned by the city will be put up for public sealed bid.  This property will be sold whole and not separated into lots.  There is water and sewer near the property that if any new building is erected, the new property owners would be responsible for hooking into the city utilities.  This will be a sealed bid sale starting price of no less then $700.00.  All closing cost, appraising and bringing abstract up to date will be the responsibility of the new owners.  Question was asked by the residents if there was any other property located in the city limits that is currently for sale and there is no other property at this time that is owned by the city that will be up for sell.  Council members did mention several private properties that may available for purchase.
Chris Feehan motioned for the approval to proceed with the sealed bidding on the above property and this was seconded by Terry Newcomb.
Ayes – All approved
Nays – none
Minutes from Council meeting held August 6th were motioned for approval by Chris Feehan and seconded by Casey DeHoedt.
Ayes – All approved
Nays – none.
Dean Whaley presented the council with a quote for installing a scuttle hole access in City Hall.  This work was motioned for approval by Chris Feehan and seconded by Terry Newcomb.
Ayes – All approved
Nays – none

Washington Street project was taken off the agenda for this meeting as we are still awaiting legal information from both parties.
Chris Knust presented to the council that there are cattle near his home that they have been getting out a lot lately and causing damage to yards and gardens.  Terry Newcomb had researched Iowa laws regarding livestock inside city limits and it does state that they must be in a permanent confined fenced area with a gate.  This permanent fencings must be “tight” fencing with a height of 54” .  The livestock owner and land owner are responsible parties in maintaining the fence.  It was discussed that the owner of the cattle is 16.  Duane Bedford will speak with Jeff Johnson to have him speak with both owners.  There will be a new ordinance written by Terry Newcomb to include the State laws regarding this matter.  This issue will again be discussed in the October council meeting.
Scott Bear presented the council with recommendation on seeding of the property that he leases from the city.  He will plow and reseed this fall if weather permits and will plant new alfalfa or winter rye as he see’s fit and as weather allows.  If weather does not allow he will plow now as he can and reseed in the spring.  Council stated that he could do as he sees fit.  He will receive all state permits as required.  Terry Newcomb motioned to amend the current contract to allow this leased practice, this was seconded by Chris Feehan
Ayes – All approved
Nays – none
Income and expenses were reviewed.  Terry Newcomb moved to approve report’s and this was seconded by Casey Dehoedt.
Cindy requested the approval to attend a class in Des Moines for the computer software that is used by the city.  This class was motioned for approval by Chris Feehan and seconded by Terry Newcomb.
Ayes – All approved
Nays – none
Stump removal quotes were reviewed.  A total of 31 stumps with the option of a 32nd stump need to be removed.  Bids received were from Edwin Borntrager for $6,500.00, Paige Tree Service for $2,250.00 with the optional stump at $300.00, Tom Carpenter for $2,140.00 including the optional stump, and from Rick Hamilton for $4,002.00.  Paige Tree Service was selected for approval for the stump removal.  Casey Dehoedt motioned for approve Paige Tree Service and this motion was seconded by Terry Newcomb.
Ayes – All approved
Nays – none

Russell Fire Department report was presented by Chris Feehan in the absence of Chief Brian Beaty who was unable to attend.  The Russell Fire Department came in 4th during the Fire Convention that was held last week.  We are very proud of our fire department and the representation of Russell that they showed last week.  The Fire Department will be holding their annual BBQ cook off in Russell during the Fall Festival on September 15th.  Please come out and enjoy the parade, festivities and good food to show support for our Fire Department.
Jim Larrington presented the council with the water report and work that has been completed.  We received 2 new fire hydrants.  One will be replacing the fire hydrant on Stanton Street next to Hundley Garage and the 2nd one will be replacing a leaking fire hydrant on Grozier Street.
Jim also reported on the streets that Stanton and Smith streets were graded today.  Smith Street needs approximately 100 ton of rock and Stanton needs approximately 70 ton of rock after the rains that we had in the last couple of weeks.
There have also been complaints of hanging wires from utility poles.  Alliant was called in and it has been found that these are old cable wires that the city had in the past that are no longer used.  When the lift is here for the repair of the roof we will utilize the lift to take down these wires that are presenting a problem.  Also, while the lift is here we will be doing fall tree trimming in mid-October to middle of  November.  The fee for the rental of the lift will be approximately $1,500.00 for the month.
Cleanup from the storm has been completed.
Flags will be put up for the Fall Festival/BBQ cookoff.  Jim noted that some of the flags will need to be replaced soon.  Chris Feehan motioned to purchase up to $500.00 worth of flags and hardware per year to replace and build up number of flags.  This motion was seconded by Casey Dehoedt.
Ayes – All approved
Nays – none
Terry Newcomb motioned to extend the meeting past 9:00 and this was seconded by Chris Feehan.
Ayes – All approved
Nays - none
Street Signs were ordered and are ready for pickup at the DOT garage in Chariton.  These will be picked up and placed.
Two (2) culverts have been ordered and are scheduled to ship on September 25th.  These culverts will be placed at the intersection of West Smith Street and Champman, and the second one will be south on block on Chapman.
Street lights have been reported out and Alliant energy was called to have these lights replaced.  Please call they City Clerk if you notice any street lights that are out and need replaced.
The bandstand roof project has been completed.  There will be a new flag and flagpole installed in the City park along with additional concrete work and a bench. The work at the Bandstand Park is being completed with grant monies from SCICF, The Coons Foundation and the Vredenburg Foundation
We have received 2 new swings and 2 new basketball nets for the park by the community center that will be installed.
All City Hall, Community Bldg., Fire Department, maintenance garages have all had new LED lighting installed reducing the wattages used.  We still have the post office to complete and then a rebate request will be submitted to Alliant Energy.
Jim also questioned if there were any funds budgeted for new equipment this year.  We are in the need of either a dump trailer or a 4 in 1 bucket for the backhoe.  Jim will research cost for what he needs and present to council in the next meeting.
Old Business discussed was proceeding to do an ordinance for NO jake braking inside city limits.  This will be enforced with a straight fine.    This ordinance will be completed for the next council meeting.
Jim’s annual raise went into effect on 9/1/2018.
Date for the next council meeting will be held on October 8th instead of the 1st.
Chris Feehan motioned to adjourn the meeting at 9:30 and this was seconded by Casey Dehoedt.
Minutes Approved by:

Breakfast at the Museum 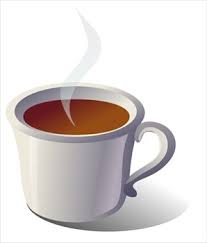 Posted by RIHS at 3:29 PM No comments: Links to this post