The following pictures depict the renovations being done to the Russell School building.
All pictures are from the stage area of the gym.

The Old Russell School building   was purchased by Bob & Mary Chipp of Chariton.

The big fireplace on the south side of the stage area was built by one of the grown boys of the Chipp family.
In front of the fireplace, they have 2 big sofas where you can sit and enjoy the fire, watch the TV's which are on the east & west wall of the stage, or sit at the oak table (built by the Amish) and enjoy some snacks.
The room off the stage to the east was made into a kitchen area.  It has a commercial size stove,refrigerator, dishwasher, hand sink, and plenty of counter space to prepare your food.

The elementary class rooms were made into  storage units. Some of them are rented out, others are available.
The gym remains available with basketball hoops.

Bob and Mary have plans for the rest of the building in time.

This is a beautiful addition to Russell and the school building. 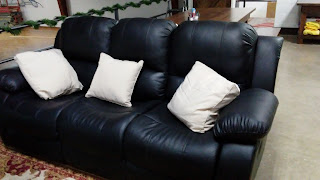 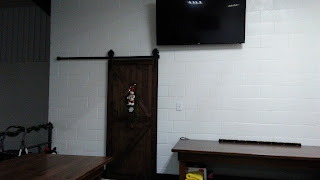 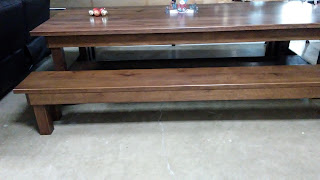 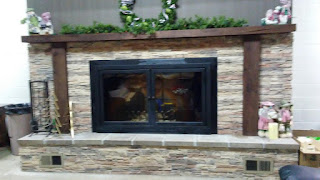 Russell Council Meeting
January 8, 2018,
Present were Mayor Duane Bedford, City Clerk Kris Wilkins and members Terry Newcomb, Chris Feehan, Jay Pierschbacher, Casey DeHoedt, and Corey Paige. Also Jim Larrington, Austin Smith, and Jennifer Frampton .
Brian Beaty and Jeff Johnson did not attend.
Jennifer Frampton from SCISWA (South Central Iowa Solid Waste Agency) addressed the
Council and handed out information. Jennifer stated that the price per ton will increase
from $37 to $40 at the landfill in the future.
The Council voted and adopted Resolution 2017-10 regarding adding a street light on 312 Smith Street to our contracted street lights with Alliant Energy.
Jim reported we received 72 new meters from Core and Main and he has installed a few due to frozen water lines.
The Council discussed roads to work on in the future such as East Smith.
Jim had pictures of the bank building roof which showed some large holes and cracks in the
roof . Corey Paige said he would look into the cost of putting a new metal roof over top the
old roof.
Chris stated that he painted the bank building walls and tore the old carpet out. He noticed
that some of the underlayment was damaged. Chris gave the Council an estimate of approx.
$790 to install new underlayment.
++++++++++++++++++++

For Russell news updates try the Russell Historical Society Blog http://Russelliowahistoricalsociety.blogspot.com. If you
have comments, suggestions or you want to volunteer for this column, please e-mail myoak10@gmail.com or call 641-344-
6609, or contact Casey at www.facebook.com/russell.iowa

Posted by RIHS at 2:16 PM No comments: Links to this post